HOCKEY "FAN SITE" OF THE VERNON FRANCHISE AND THE BCHL 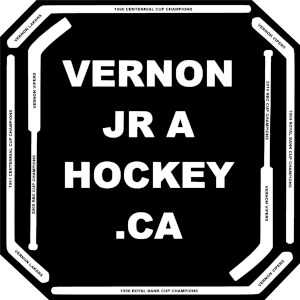 Hi, and welcome to "my hobby"... VERNONJRAHOCKEY.CA..., with focus on the Vernon Junior 'A'mateur Hockey Franchise & the British Columbia Hockey League.

If you want, or can, contribute information to this project please, send whatever information to: admin "at" vernonjrahockey "dot" ca

After becoming acclimated to the Canadian culture and becoming old enough to understand it, I really started to enjoy its' hockey. I always looked forward to hearing the games on the radio. When my parents aquired their first, black and white, television I could not wait to watch the "Original Six" every weekend, circa: 1960's.

Years later, one Christmas, us boys got a "Table Hockey Game". When playing we would impersonate "Foster Hewitt" calling the names of our players as we passed the puck and scoring. My little brother though was the "Pro" at it.

What really hooked me to the game, was the "rough and tough" style of play the "Broad Street Bullies" executed, I loved it!

Living in Edmonton, I got my first hockey try-out, on an outdoor rink, in a Jasper Place park. I could not skate very good at the time. So, when told to skate end-to-end I had trouble stopping and crashed heavily into the end boards. That pretty much ended my career as a "wannabe NHL player", circa: 1964.

When we moved to Agassiz I never had to urge to continue to ice skate so, never did. It was not until the 1970-71 school year, of Grade 10 gym class, that I learned how to skate backwards, cross-overs and stopping. Now, I am not to bad at skating but, don't even try giving me a hockey stick to handle a puck 'cause, not gonna happen!

I was an avid fan of the CHILLIWACK BRUINS from 1970 to 1976, as Ron Greschner played for the team. He was a classmate of mine at Chilliwack Junior High School, now called Chilliwack Middle School.

Arriving back to Chilliwack from Vancouver Island, via a work transfer, my wife and I became fans of the CHILLIWACK COLTS from 1978 to 1981. Around this time we were also, fans of the senior hockey team in Chilliwack called the Royals. I will never forget the player/fan brawl when the Powell River Regals came to town. We won a season-end program draw for a trip to Reno from the Royals.

I still think my best fan experience/atmosphere was in the "old" Chilliwack Coliseum.

While living at Mara Lake Resort, after quiting my job, we moved to Vernon. Our first year watching the Vernon Lakers was in 1985. We were part of the infamous Section B Fans in the now demolished Civic Arena.

Watching the Vernon Lakers, with my wife, daughter and son in tow, win the 1990 Centennial Cup was definetly a highlight. In a highlight video , you can see me(at about the 6:46 mark) holding a "LAKERS RULE" flag(it was made from a pillow case and crayons). The flag was given to one of the players who held it high and skated around the rink with it for a bit.

My wife and I were billets, with the Vipers, for about ten years. Our billets included BRENT MEKELBURG, DEREK GUSTAFSON, BJ GAUSTAD, BRENT DODGINHORSE, HARKIE SINGH, BRENDAN MINNIBARRIET(AP), JOHN STRAILE(AP) and DANNY WILLIAMS(AP). We have had an uncountable number of training camp try-outs over the years who slept, row upon row, on the floor of our basement, amongst those was BRANT NICKLIN.

The content of this site is a accurate as possible by the use of the following resources ....

...to provide all the various sources of information at one location, I have yet to search the archives at my local museum.

The accuracy & completeness of the information, on this site, is ongoing if, you can help in this regard please, do so (with proof) I'd love to hear from you.

My Email addresses are:

This site has provided, to Wikipedia (many years ago) the statistics on the BCHL, the Abbott Cup & Mowat Cup winners lists. Other sites have linked to or copied the information contained within this one, like the website Canadian Junior Hockey League - Ice Hockey Wiki. For Vernon Vipers information you can read VipersDieHardFan's Blog and for detailed reporting on the BCHL read the BCHLNetwork articles.

I or this website has been featured/contributed in/to some third party entities and their social media accounts...

This site was first located at http://members.shaw.ca/vernonfranchise/index.html, from 2003 to 2013, by Shaws 'FREE' Webspace, included with ones account, and was discontinued in 2013.

You can still view versions of it by clicking the following ... Vernon Franchise Website Archive brought to you by The INTERNET ARCHIVE WAYBACK MACHINE

LOU PASAGLIA IS IN TOWN 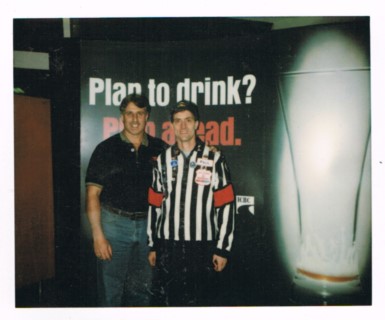 I pose with former BC Lion Lou Pasaglia!

PROJECTS I VOLUNTEER FOR

I also volunteer doing some other websites... 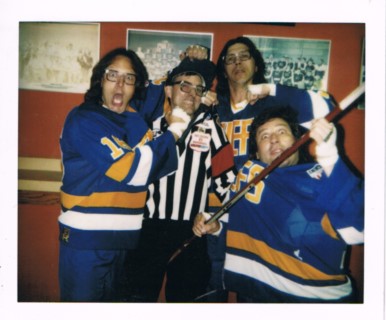 I did not have my glasses so, they gave me theirs!

Visit the Vernon Vipers at www.vipers.bc.ca

THIS SITE HAS BEEN
APPROVED BY THE BC HOCKEY LEAGUE
Brent Mutis - BCHL
Director Of Communications, 2010-2018

Visit the BC Hockey League at www.bchl.ca

Unfortunately, many seasons are missing or incomplete.
If you or someone you know, can supply, any or all, of the missing information, additions/corrections, with proof, I would be most grateful.
If you can be of any assistance please, contact me via email.

This site does not earn any renumeration or contribution from any entity what-so-ever, it is 'my hobby', all expenses are mine and mine alone.

However, if you would like to donate please, send eTransfer to my email address, pdbeugeling "at" msn "dot" com