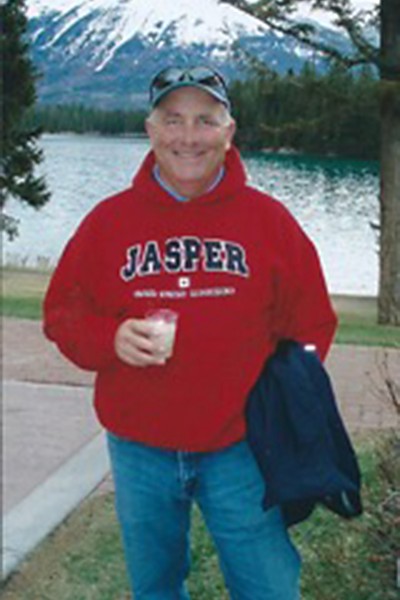 On Monday, December 9, 2019, at 69 years young, Wayne passed away peacefully in Vernon Hospice House in the arms of his beloved wife and best friend, Margaret with his children, brothers & sister-in-law by his side. Wayne was born in Vancouver and grew up in South Burnaby. He played the bagpipes in the White Spot Children's Band and 12 years in the Vancouver Police Pipe Band. He was a member of the Vancouver Police Force for 10 years and played the pipes officially for the last time as the Lone Piper at a Terry Fox Memorial Ceremony in Robson Square in 1982.

In November of 1982 Wayne, Margaret & their family moved to Vernon, BC where they raised their children and had 37 years of a wonderful life. Wayne immediately joined the Vernon Golf & Country Club where he played the game he loved and MC'd many a men's night & social event. He became an auctioneer, the voice of the horse races at the Vernon Race Track and the Vernon Lakers (Vipers) Hockey games. He was the Christmas Eve Santa Claus at Silver Star Mountain Resort and MC'd or auctioned at many charity events throughout the Valley, earning him a Paul Harris Fellowship from Rotary International. Wayne truly loved people from all walks of life. He put his positive attitude, ability to observe, ask questions and listen together and discovered a passion for automobile sales. He loved all aspects of the industry. His colleagues and customers were truly his friends, so much so that he saw no need to retire. He was immensely proud of his children who will continue with his commitment to family & community.

The family would like to acknowledge the wonderful care that Wayne received, from the Vernon Cancer Centre; particularly; Doctors Hardy, Rankin & Blyth, Nurses Maddy, Stacy, Mary Beth, Lorrie & Lorne and the incredibly caring GP team of Lindsay & Jeff Kwantes. In respect of Christmas, the family has decided to delay a Celebration of Wayne's Life to his favorite month in Vernon (March). There will be a notification at that time. In lieu of flowers the family asks you to contribute to the VJH McMurtry-Baerg Cancer Centre, North Okanagan Hospice Society or Canadian Cancer Society. You are invited to leave a personal message of condolence at the family's on-line obituary @www.MyAlternatives.ca