It is with great sadness that the family of Martin (Marty) Glenn Knack announces his sudden passing on Sunday, August 28, 2005 at the age of 62. Marty is remembered by his loving children, Amanda and Brady; his mother, Betty Knack of Trenton, ON; his wife Debbie of Spruce Grove. Also mourning are his brother Richard (Margaret) of Edmonton and his sister Susan Pomerleau (Oscar) of Trenton, ON. Marty is also survived by an aunt, Jean Drury and cousins Simon, Mark, and Robert, all of Stevenage in the UK. Uncle Marty will be remembered by Kathleen and Andrew of Edmonton, Nicole and Paul of Trenton, ON, Brittany and Marly of Regina, SK, and Caitlin, Brooke and Alexandra of Picton, ON. Marty was predeceased by his father Louis Emil Knack. At Marty's request cremation has taken place. A service of celebration will be held on Monday, September 5, 2005 at St. Paul's Anglican Church, 10127 - 145 Street, (Stony Plain Road) at 3:00 p.m. with the Reverend Dr. Jane Alexander officiating. A reception will follow. In lieu of floral tributes donations are requested to the Heart and Stroke Foundation, Sport Central or the charity of choice. In charge of arrangements: Peace Garden Funeral Chapel, Bob Wilson, Box 3633, Spruce Grove, AB T7X 3A9. 962-2749.

Junior A Hockey in Canada and the CJAHL lost a great friend and supporter in late August 2005 when Marty Knack suddenly passed away.

On November 19, 1990 Marty attended the meeting that formally organized the Canadian Junior A Hockey League as the delegate from the AJHL, Marty was president of the AJHL from 1993-1998. He presented the initial motion that created the CJAHL as we know it today. At this initial meeting Marty was elected as Secretary & Treasurer for the newly formed organization.

The relentless battle to obtain development monies for Junior A teams took it's toll on many original members, but Marty always stayed the course. In 1998, the CJHL having lost several of the founding members elected Marty as President.

Over the next several years Marty was Mr. CJAHL as he single handedly kept the organization running until the strength of the league once again returned with a new and revitalized membership.

Marty persevered to the end holding the offices of President, Director of Media Relations and Treasurer of the CJAHL at the time of his death.

It is unfortunate that Marty never got to the see the many rewards of his tireless efforts. Today the CJAHL proudly showcases it's players in events such as the Junior A Prospect Game, the Team Canada Junior A Selects, representing Canada at the Junior Tournament in St. Petersburg Russia, and the World Junior Challenge - a showcase of the Junior A players from around the world.

Due to Marty's tireless efforts, Canadian Junior A Hockey will remain the premier league for young men dedicated to hockey to showcase their skills and continue to further their education.

THE MARTY KNACK MEDIA AWARD IS NOW PRESENTED BY THE AJHL

Passionate about the Jr. A hockey right across the country, his career as a sports reporter is well documented but what is not as well known was his tireless work towards fair and equal treatment for the Jr A player.

Marty served CJAHL President for a number of years and was also its Director of Media Relations for a time.

He was appointed by Hockey Canada to sit on the Jr. Issues Committee and used his "scribe" to promote the game, most of which was found in his "CJAHL Notes" that were distributed around the country.

Along with being President of the CJHL and AJHL, Knack also held similar roles with the SJHL and was a well-regarded journalist with the Edmonton Journal and was formerly the Media Director of the CFL's Hamilton Tiger Cats. 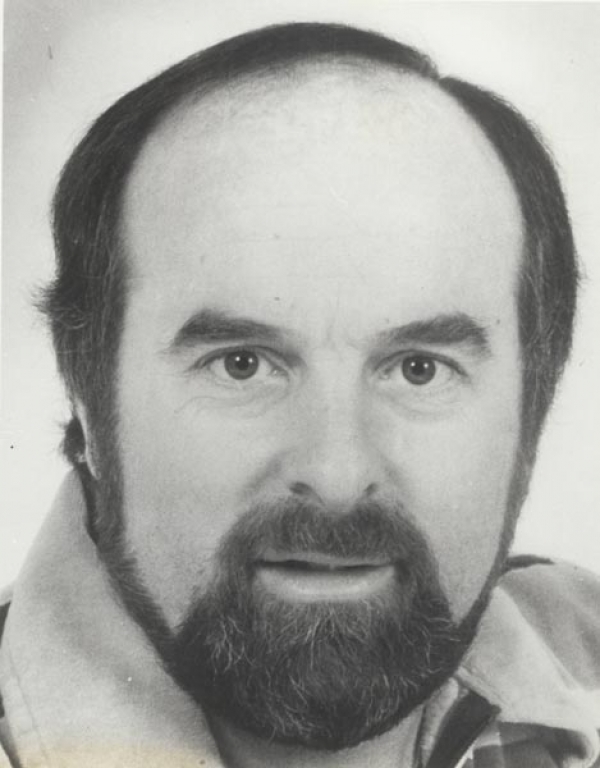 The Edmonton Journal and the world of amateur sport are fortunate to have Marty Knack's ability and enthusiasm working for them. Name any amateur sport and it is likely he has reported it in his features and profile stories. Marty Knack covered the World University Games in 1981 and basketball in 1983 when the Games were held in Edmonton. His ability was proven when he reported the International Cup Baseball Tournament of 1981 and the World Freestyle Wrestling Championships of 1982, both held in Edmonton. But it is his coverage of daily sport events that Marty Knack has contributed to amateur sport the most, particularly by publicizing sports that receive little attention from other sports journalists.