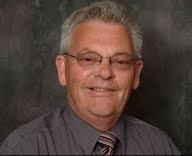 It is with much sadness and regret that the Vernon Vipers announce the passing of long time friend Wayne Buck. "Bucky" was part of the Viper organization for over 15 years as the public address announcer at each and almost every home game. He retired his mic this past season in order to spend more time in the stands with his wife and life partner Sharon. Still feeling the itch to be part of the game, Wayne took over the mic at Boston Pizza as part of the Vipers post game show after every Friday and Saturday night game.

Wayne was not only a huge part of the Vernon Vipers, he was a big part of the City of Vernon. Bucky worked over 12 years at Kiss FM and volunteered his time at Silver Star Rotary Club for many years. Wayne also loved to golf and worked at Hillview Golf Course the past three years at the pro-shop and driving range.

Bucky will be greatly missed by all the players, staff and fans of the Vernon Vipers and our thoughts are with his family at this time.

It will be with heavy hearts that the Vernon Vipers take to the ice in B.C. Hockey League play this weekend.

Buck, who had recently retired from a sales job at Kiss FM, had also turned his mic in to spend more time watching Vipers’ games in the stands with his wife Sharon, He still acted as host of the Vipers’ post game shows at Boston Pizza.

Buck, 68, was known for his energized “Let’s play hockey” before the opening faceoff at Vipers’ home games.

“He was one of the longtime voices of the B.C. Hockey League,” said Vipers’ play-by-play announcer Todd Miller. “He was always a great supporter of the Viper family, whether he was behind the mic or not.”

“Even when I played, I remember seeing him on the road in places like Cowichan Valley. I think I even saw him up north one time. He was a true fan.

“He was always opinionated, but no matter what, he stood by the team. People might not always realize it, but he added to the atmosphere of our games. He became part of our tradition.”

Buck, who also loved curling and golf (he worked part-time at Hillview), was raised in Saskatchewan, and was a huge Roughrider fan. He also served several years with the Vernon Rotary Club.